1
Frantz Fanon
NewBlackNationalism.com
How the GOP Will Try To Subvert Our Elections: by Mark Elias
10.13.2021
democracydocket.com
BLM 2.0
What We Believe
​Contact Us
​  Reparations
Fanon Forum
Afrofururism
BLOG

Welcome to Trump Coup Watch 2024:   ​
10.15. 2021
Donald Trump's publicly orchestrated coup is visiting comprehensive destruction on American Empire's core institutions.
Unchecked, Trump's bid for extra-constitutional regime-change could collapse the government by the 2024 elections, thereby opening a path for a determined Black nationalist insurgency to create an independent republic.
Trump Coup Watch 2024 [TCW24] was initiated to monitor and assess how Trump's rolling coup could reposition Black nationalists and its allies to leverage an existential crisis.
Trump Coup Theory is a proliferating cottage industry. New Black Nationalists, however are not newcomers or bandwagoners to the escalating frenzy of autocracy formation theory. Our 2018 Crisis Theory predictive model envisioned an existential crisis befalling American Empire in the 2020s.
We've long held that an existential crises can be triggered by environmental catastrophe, financial collapse, war, nuclear and cyber attacks,  pandemics,  constitutional crisis or more likely, some combination thereof.
While all these contingencies are dynamic and in play, it is the Trump-Bannon Regime Change Model that is the most significant vector accelerating the deterioration of American Empire and propelling the system towards a existential crisis.
Thus, Trump Coup Theory is a subset of New Black Nationalists' overall crisis modeling that must be evaluated and gamed out with specificity.  Robert Kagan's Short Telegram, was the NBN's first polemic defining our differences with Kagan's theorem. Undoubtedly, there will be more.
In this regard, two stark realities stand out in TCW24's field of vison. Trump, Republicans, and their white nationalists lemmings have not only trampled Congress underfoot,  subverted the courts, eviscerated the constitution, and spearheaded widespread elections nullification, they have irreparably tarnished what little legitimacy remained of these bedrock institutions.
In as much as the state's authority is not principally derived from coercion, but legitimacy, the damage exacted by Trump's forces on American Empire's durability to withstand  existential crises has been severely diminished. Legitimacy, no matter under what pretense, is statecraft's  coin of the realm.
​Second, TCW24 holds that the evolving coup plot to install an authoritarian white nationalist government over American Empire is  beginning to achieve a defined ideological and political architecture  designed by Steve Bannon. There now exist a Trump- Bannon Regime Change Model for American Apartheid [TBRCM].
Despite the helter-skelter conspiracy theories, and QAnon satanic verses, there is a method to the madness that increasingly Steve Bannon is bringing to the criminal enterprise of Trump Inc. Indeed, the cornerstone of the TBCRM contemplates a three-stage civil war.
Stage one dictated winning the civil war inside the Republican Party, to convert the GOP into a Trump controlled white-nationalist authoritarian party. Stage one has  been achieved.
Stage two called for winning the civil war amongst white people who aren't self-identified Democrats or Liberals. Among independents achieving relative political neutrality or indifference to American Apartheid, was an acceptable outcome.  Through the 2016 and 2020 elections, the Trump-Bannon axis largely accomplished this goal.
Stage three calls for the staging and launch of extra-constitutional regime-change through election nullification, states illegally declaring Trump the president-elect and forming a succession pact to create a MAGAstan nation, and/or an assault on the federal complex in Washington, D.C., to seize power.  Going into the 2022 mid-term elections, we are now in the preparatory phase of stage three.
From the perspective of New Black Nationalist,  the Trump-Bannon Regime Change Model, has done more to create favorable conditions to create an independent Black republic than any scenario we could have imagined.
TBRCM took a wrecking ball to American Empire's governance structure and institutions, exposed the hypocrisy and fecklessness of corporate managed democracy.  Trump's white nationalist juggernaut has revealed the profound racism, psychological madness, and moral bankruptcy of the white nationalist majority and Republican Party.
Moreover, after Black voters led the charge to defeat Trump and the Republican Party in the 2020 elections, the Democratic Party has sold out Black people's voting rights and struggle against security-state anti-Black violence.
These despicable acts of cowardice and treachery will not be forgotten when reckoning day comes.
Republican hacks like Candace Owens don't have to rail about Blacks leaving the plantation. The Democratic Party's own actions portend mass exit Black exit-- a relative pre-condition for the creation of a new Black republic.
In so many ways, the Trump-Bannon Regime Change Model is "doing much of the work" that is creating a path to create a Black nation-state amid an existential crisis.
If NBN's analytics continue to be "on point,"  as indicated in our September "Update to the NBN's 2021 Action Plan",  it means we're now on a tight timeline, and the clock is ticking. Our reference to "A Quarter to Nation Time," in the Fanon Arguments signals that we could be in the midst of a revolutionary struggle for power as early as 2024.
Similarly, if an unintended consequence of the Trump-Bannon Regime Change Model, is opening a back door that reveals a pathway to nationhood, NBN must ensure that our analysis pinpoints the critical opportunities and vulnerabilities we must exploit to win.
TWC 24 Home
Trump's Culture War
The January-6 Coup
Charlottesville 2017
A Queens Tale
Kagans Short Telegram

Trumps' Next Coup Has Already Begun
by Barton Gellman - The Atlantic Magazine
12.05.2021 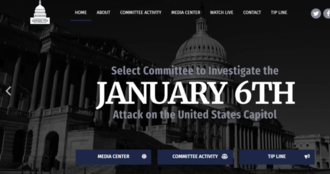 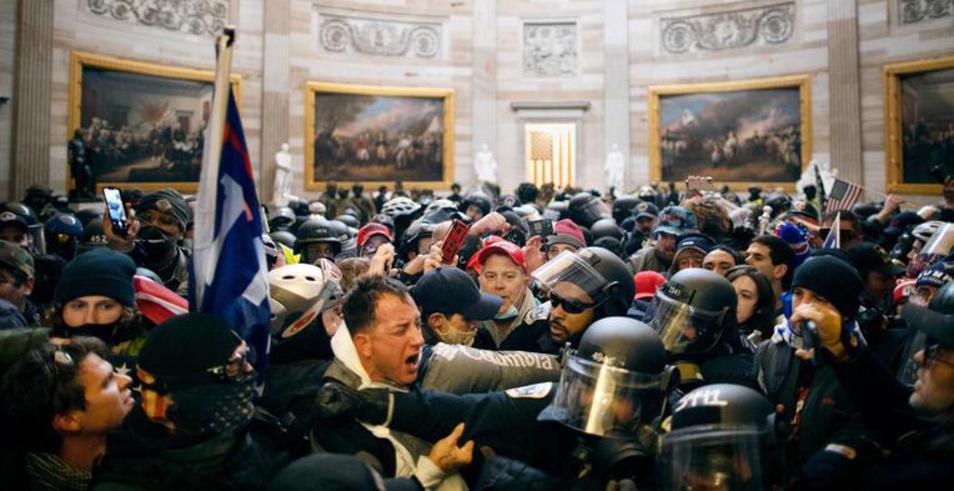