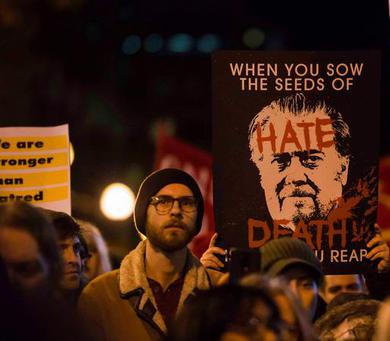 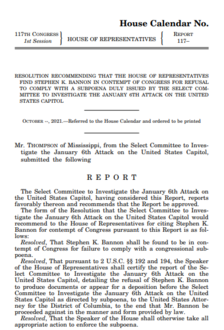 Resolution Recommending That The House Of  Representatives
Find Stephen K Bannon In Contempt Of Congress For Refusal To Comply With A Subpoena Duly Issued By The Select Committee To Investigate The January 6th Attack On The United States Capitol
Congress Contempt Vote Makes Bannon America's Most Dangerous White Boy
& Trump's Presidential Successor
On Steve Bannon Resigning from the White House
"Steve Bannon is the most dangerous Alt-White figure in America. He has broad influence on the right, a Breitbart website with millions of followers, and investors with deep pockets, namely Rebecca Mercer. More importantly, Bannon has what no one in Trump's inner circle has, a long term vision and strategy to convert the GOP into a white nativists party. He has the pulse of disaffected White America in his blood, and he has the political instincts to convert that insight into political power."
Black-Nationalism.com
​08.17.2017
Here's a hypothetical for you:
If Donald Trump doesn't or can't run for President in 2024, white Republicans from "flyover country" could vote for Josh Hawley, Ted Cruz, Greg Abbott, Kristi Noem or Ron DeSantis?
But what if Steve Bannon is on the ballot?