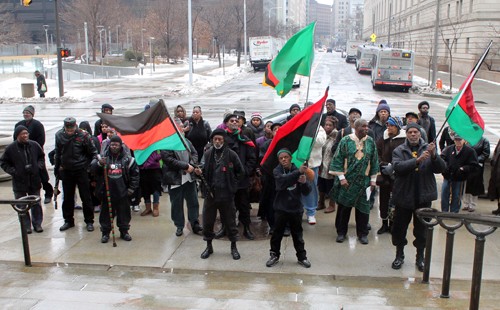 "The strategic vulnerabilities of American Empire are multiple and interlocking, i.e. wars, economic crisis, pandemics, cyber-attacks, catastrophic climate change, racial conflagration, biological warfare, political gridlock, and imperial overreach. A slow, inept or divided federal response to any one of these crises could usher Washington, D.C. to the precipice of collapse. Any combination of these flashpoints could push the government over the edge and into the Potomac.
The phenomenon of imperial decline is not simply a process of slow and incremental decay. Existential crisis moments emerge when a quantitative buildup suddenly explodes into a qualitative leap. The Berlin Wall suddenly came tumbling down, and with it the U.S.S.R.'s empire. American and Soviet intelligence networks never saw it coming. Disbelief in the possibility that American Empire could suddenly collapse in a month, or a week is the strategic blind spot that inhibits movement radicals and the masses from envisioning revolutionary possibilities on the horizon."
New Black Nationalist Network
Excerpt from Crisis Theory & the
Collapse of American Empire
New