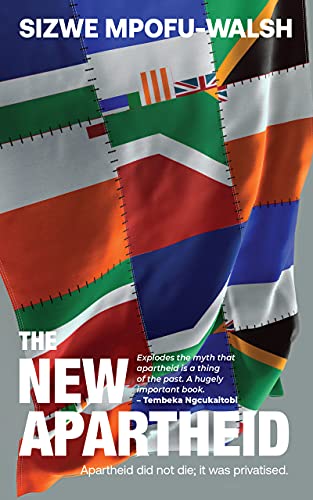 The
New​
Apartheid
Apartheid
Did Not
Die;
It
Was
Privatised
A Critical Reading and Open Commentary
Welcome to The Fanon Global South Africa Study Project
Apartheid and Privatization
For apartheid to be privatized it also has to be marketized, de-legislated, denationalized, digitized, fractalized, deracialized, and de-territorialized.
​                 Sizwe Mpofu-Walsh
Marketized – Apartheid was marketized because privilege is now policed by price rather than prose. The market not the state, now dictates the boundaries of opportunity. By replacing legal barriers with financial ones, segregation is transformed from a public burden to a source of private profit. In classic neoliberal fashion, apartheid oppression now works on a “pay-as-you-go” basis.
De-legislated – Apartheid was de-legislated because apartheid statutes – laws enacted by the apartheid parliament – were largely abolished or significantly amended after 1994. Yet, apartheid still permeates the common law, especially in the law of property and contract, which underpin economic activity. Law is more than statute alone: it exists in precedent, judicial culture and legal practice. De-legislation thus clarifies that apartheid continues in various legal forms outside the statutory framework.
De-Nationalized – Apartheid was denationalized because it moved from centralized state control to decentralized private control. Denationalization is a form of privatization whereby state assets owned, or state functions performed, by the central government – rather than a subsidiary authority – are transferred into private hands, for private ends. Denationalization unbundled and decentralized apartheid, consigning its control to a diverse network of private actors with private goals.
Digitized – Apartheid was digitized because digital technology and personal computing often reinforce the culture of surveillance and toxic racial categorization upon which apartheid was built. Technological segregation operates on algorithms, increasingly independent of human agency… As the economy became increasingly financialized and digitalized, so power was increasingly sucked from the new democratic government, and placed in international corporate hands.
South Africa Analysis
South Africa Commentary
South Africa News
South Africa Parties and Portals
​Democracy and Delusion
by
Sizwe Mpofu-Walsh 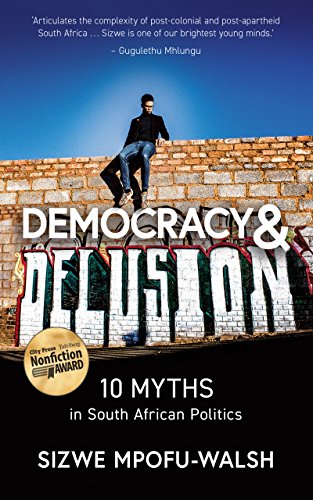 @sizwempofuwalsh
​The New Apartheid: Apartheid Did Not Die; It Was Privatised -- An Extended Reading and Commentary
Why Do I Invoke Apartheid?
Why do I invoke apartheid, 'a term felt in the skin before it is read'? First, the scale of the inequity in South Africa merits the weight of the word, as I will endeavor to show in what follows. To avoid the term is to sugar-coat reality. Shying away from apartheid abets those who wish to claim premature victory in South Africa's pursuit of liberation. To consign apartheid to the past, and refuse to recognize it in the present, is to preserve a dangerous binary which causes an infinity of troubles.
Sizwe Mpofu-Walsh
South Africa Study Project
Fanon Global
The New Apartheid: A Critical Reading
​The New Apartheid Book Forum