​Feature
What has Become of the Not Fucking Around Coalition
and Grand Master Jay?
SOUTH AFRICA PROJ.
​The Nardal Sisters of Martinique
​Robert Kagan 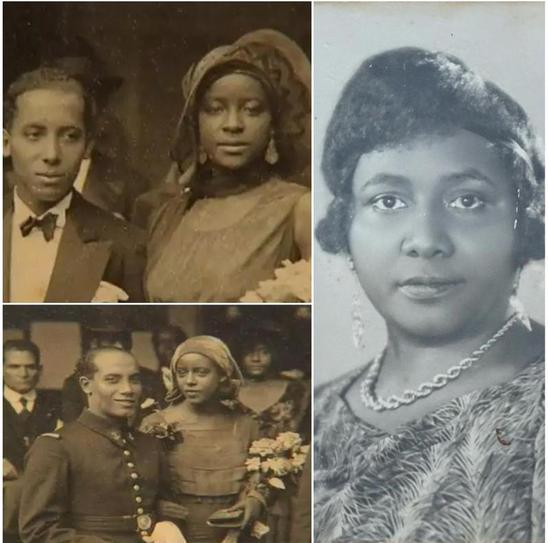 The Nardal Sisters
of Martinique:
The Sisters Who Helped Launch the Negritude Movement in Paris
Femme Negritude & the Francophone New Negro", by T. Denean Sharpley Whiting 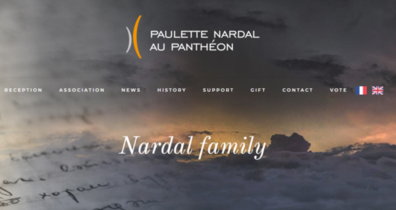 Alice Nardal
May 21, 1900 – January 5, 2000
(Third sister of Paulette NARDAL)
Alice studied music in Paris from 1923 to 1930, during which time she was very involved in the "Salon de Clamart".
Back in Martinique, she taught at the Lycée Schœlcher and created a boys' choir.

Jeanne Nardal
1 August 1902 - 19 November 1993 (Third sister of Paulette)
Jeanne NARDAL was considered the family phenomenon.
This "Negro" beauty, as some called her, was a brilliant woman of letters and a professor of classical literature: she was the first black woman to be awarded a degree in classical literature.

Cécile Nardal
April 6, 1903 – February 15, 1999 (Fifth sister of Paulette NARDAL) Cecile
She became a midwife and became passionate about the prevention of maternal and infant mortality, too, like her mother, Louise, before her.
Andrée Nardal
June 20, 1910 – December 25, 1935 (Sixth sister of Paulette NARDAL) Andree is the last of the NARDAL Sisters, less known because she died very young, at the age of 25.
Brilliantly out of the Conservatory, Andrée was destined for an international career as a pianist.

Lucie NARDAL
January 7, 1905 – June 13, 1998
(Fourth sister of Paulette NARDAL) married anatole GOUSSARD, a Martinican
The couple divorced and Lucie left to study in Paris, entrusting her two very young children, Marie-Thérèse and Yves, to her parents.
Paule, nicknamed Paulette, was the eldest daughter of Paul Nardal and Louise née Achille, an upper-middle class in Martinique. She studied at the Colonial Boarding School in Fort de France and then passed her advanced certificate before teaching in Martinique. She studied English in Jamaica, before going to the Sorbonne in Paris.
She was the first black person to study at the Sorbonne in 1920, and presented her thesis on Harriet Beecher Stowe, a North American abolitionist known for having written "Uncle Tom's Cabin."
It was in 1929, with her sisters Jeanne and Andrée, that Paulette opened the doors of her Salon in Clamart to her friends and visitors from all over the world. It was to be a multicultural salon, welcoming the elite of the black diaspora, of different origins and nationalities.
Paulette was in the vanguard in creating Revue De Monde Noir, a bilingual review in French and English. As a French writer from Martinique and journalist, she was one of the drivers of the development of black literary consciousness. Paulette became the first black journalist in Paris. She wrote for the newspaper Le Soir and the Depeche Africaine.
Her authorship was critical in the creation of the Négritude genre and introducing French intellectuals to the works of members of the Harlem Renaissance through her translations.
As a journalist and author, she published works that advocated a Pan-African awareness and acknowledged the similarities of challenges faced by people due to racism and sexism. Though an ardent feminist, she was not radical, encouraging women to work within the existing social structures to achieve political influence.
She became the parliamentary secretary of Joseph Lagrosilliere, the father of Martinique's socialism, before becoming the parliamentary secretary of the Senegalese deputy Galandou Diouf.
At the beginning of World War II, Nardal fled France but was injured when a submarine attacked her ship, causing a lifelong disability. Returning to Martinique, she established feminist organizations and newspapers encouraging educated women to channel their energies into social improvement. She founded a feminist leaning publication, Rassemblement Féminin.
She sponsored home economic training and founded nursery schools for impoverished women. Because of her understanding of issues facing the populations of the Caribbean, she was hired to work as an area specialist at the United Nations. Nardal was the first black woman to hold an official post in the Division of Non-Self-Governing Territories at the UN.
When she returned to Martinique after her UN position, she worked to preserve the musical traditions of the country. She wrote a history of traditional music styles for the centennial celebration of the abolition of slavery on the island and developed a choir that celebrated the African-roots of the music of Martinique.
In the post-World War II period, Paulette Nardal was nominated as a delegate to the United Nations in 1946. She worked in the Division of Non-Self-Governing Territories. She returned to Martinique in 1948, and in the 1950s and 1960s, she supported Dr. Martin Luther King’s campaign for civil rights in the United States. Paulette Nadal, who never married, died in Fort-de-France, Martinique on February 16, 1985. She was 88. 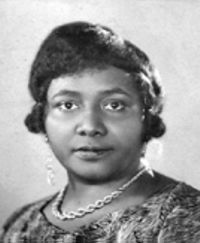