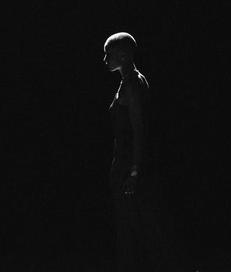 Beyond Race, Gender & Class: Womanism and Other Vectors of Difference - An Excerpt
by layli Phillips, From The Womanist Reader
10.2006
​With all the focus on race,  gender, class, culture, and nation one question that may arise concerns womanism's position on sexuality issues. Western feminism, gay and lesbian liberation movements, and queer theory have all identified sexual orientation as a critical vector of social difference, and homophobia and heterosexism as oppressive systems of tremendous magnitude.
While Walker's womanism clearly endorses same-sex love and relationships, Ogunyemi's African womanism takes a more polyvalent perspective, and Hudson-Weem's Africana womanism rejects homosexuality outright, the process of interpolation that shapes womanist theory and praxis beyond its original progenitors allow room for differences of opinion about sexuality, all while rejecting systematic discrimination and oppression based on sexuality are as diverse as sexuality itself, yet womanism still opposes oppression based on sexuality. While questions of sexuality are far from settled among womanists, productive dialogue is taking place.
My personal perspective is that womanism's fundamental affirmation of human diversity and support of spiritually grounded self-expression with the context of commonweal supports the free expression of sexuality and rejects discrimination or oppression based on sexuality as well as the centering or privileging of one sexual group and its practices or norms over another.
That is, my womanism is avowedly antihomophobic and anti-heterosexist; beyond this, my womanism also rejects discrimination or oppression based on gender expression; transgender status; intersex status; bi, omni-, pan-, or fluid sexuality; monogamous versus polyamorous or open relationship forms; decisions about whether or not to bear children; and decisions about whether or not to disclose sexuality information about oneself. At the same time as I confidently assert my views, I recognize that other may have different views and I retain my ability to remain in remain in relation with people whose views are different on whatever basis I may decide to do so. Because womanism is nonideological, it does not compel me to separate politically or socially from people whose views are different from mine, although it does place on me the responsibility to pursue dialogue and difficult conversations when my own or others' humanity, safety, or well-being is at stake.
Beyond race, gender, class, ethnicity, culture, and sexuality, there are of course other issues, identities, and vectors of difference to which womanism can and does speak. In focusing primarily on these issues, I hope that I have conveyed enough about the womanist perspective and how it works to allow others to extrapolate how womanism might address any issue not mentioned here. The point is, the universe of issues, identities, and vectors of difference is infinite, inexhaustible, and constantly proliferating.  It is impossible to get a handle on and address all issues without taking the position that all oppression is dehumanizing, that all oppression is unified by a common operating principle, namely, the relations of domination and oppression, and that this principle must be transcended, dismantled, and dissolved for any real, substantive change in the direction of justice and healing to take place. The shortcoming of all previous perspectives is that they have defined themselves according to a single issue, identity, or vector of difference, and only after recognizing the reality of intersectionality have they gradually added concern for others. While the recognition of intersectionality improved these various single-issue based ideologies, it did not by itself allow these ideologies to transcend their initial foundations and gain the ability to approach all oppressions with equal concern. Those who came closet to doing so were Black feminists and other feminists of color whose methods and perspectives were born out of generations of survival wisdom gained under conditions of near annihilation and forged in the interstitial spaces between the multiple single-issue movements to which they could lay claim. While it may be controversial, I argue that womanism as I have described it herein is the spirit that animated the perspectives of this "eccentric cohort," conferring uniqueness on their particular and previously ill-labeled brand of race/class/gender/sexuality/humanity activism. Furthermore, this same spirit animated the activism of "race women" and other outspoken Black women in the nineteenth and early twentieth centuries, as well as outspoken women of color from other backgrounds during this same period. This connects with my much earlier point that womanism as a way of being in he world goes back much further than 1979 when it was first named. That is, the tradition is longer than the terminology is old. 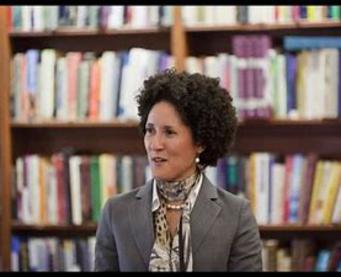