Womanism and Black Feminism are Sisters
An Excerpt
by layli Phillips, From The Womanist Reader
10.2006
​To continue with the family metaphor, Black feminism and womanism are sisters. Insofar as Black feminism can be distinguished from feminism, with its implied modifier "white," the relationship between womanism and feminism. Black feminism and womanism have common cultural and historical origins. While they "favor" each other, using the old country parlance to denote family resemblance, they are not, as some would argue, one and the same--even if they sometimes seem like twins. Each must be respected for what it contributes uniquely to the struggle for liberation from oppression and to full humanization. Previous confusion about the nature and politics of womanism, not to mention inadequate models for understanding the relation between womanism and other perspectives, has made it appear at times that womanism, is opposed or antithetical to Black feminism, but this is not the case.
Womanism is opposed to the cultural appropriation and co-optation of Black feminism as well as to feminist deployments of racism and imperialism/neo-colonization, intentional or unintentional, but it is not opposed to the struggle against sexism and violence against women. Some womanists choose to frame Black women's historical anti-sexist struggle within an effort to reclaim the autonomy of Black political action by women, particularly Black women activists of the nineteenth century and early twentieth century, such a move serves anti-racist rather than antifeminist ends. Womanism in its interpolated form embraces the creative and politically productive tension between Black women who frame their work in terms of "Black" social movements (e.g., Black nationalism, Pan-Africanism, civil rights, etc.) and those who frame their work in terms of feminism (e.g., Black feminism, third world feminism, post-colonial feminism, etc.) as well as those who don't frame their work at all and just do it.
All metaphors have limits, and the limit of the family metaphor is its inability to show that there is a difference of type or kind between womanism and feminism. Thus, comparing feminism and womanism is not like comparing apples and oranges, but rather like comparing apples and pie crust or apples and water. Pie crust (womanism) can work as well with apples (feminism) as it can with blueberries, cherries, or peaches (i.e., other social-justice concerns). Similarly, water (womanism) can just as easily give shape and form to apples (feminism) as it can to fish or glaciers or electricity (i.e., radically different domains of human activity, from politics, to identify, to sexuality).
Another metaphor that helps to show this complementary difference of kind between womanism and feminism is musical: we can consider womanism a song and feminism one of many possible instruments on which it can be played. Womanism plays equally well on the violin, the djembe, the gamelan, the koto, or the didjeridu. Ultimately, however, the sound is richest coming from the full orchestra or, put in more terms, intercultural musical assemblage--and it is just such an assemblage that womanism seeks by working through different instruments, feminism being only one of them. Without each instrument holding its own, the orchestra or assemblage is not possible, yet the song can exist independently of any given instrument. Here's another metaphor: feminism is like a particular kind of magnifying lens that highlights certain womanist political concerns but not others. Other social-justice--oriented critical perspectives could be employed to magnify in the same way.
Womanism, then, as politics, is the entire "text" that stands to be so magnified. The point is, prior to now, the relationship between womanism and feminism has been hard to articulate because all speech directed at this topic has been predicated on the notion that womanism and feminism are of the same type. My purpose with these analogies has been to demonstrate that, at least from one angle, they are not.
To summarize, feminism is that critical perspective and social movement that revolves around the eradication of sexism, the dismantling of patriarchy, and the elimination of violence against women. Black feminism is a Black expression of feminism animated by the womanist idea and conveyed through womanist frames. Stated differently, womanism is what's left when feminism is lifted off Black feminism; it is the sound and feel of Black feminism, the politics of Black feminism, and the soul of Black feminism. That being said, however, womanism can infuse any critical perspective or social movement--feminism is not the sole instrument through which it speaks. In the end, womanism is a social-charge perspective that focuses on harmonizing and coordinating difference, ending all forms of oppression and dehumanization, and promoting well-being and commonweal for all people, regardless of identity, social address, or origins. 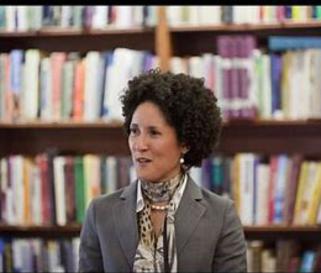