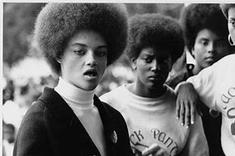 Arguments No. 3
Argument No. 4 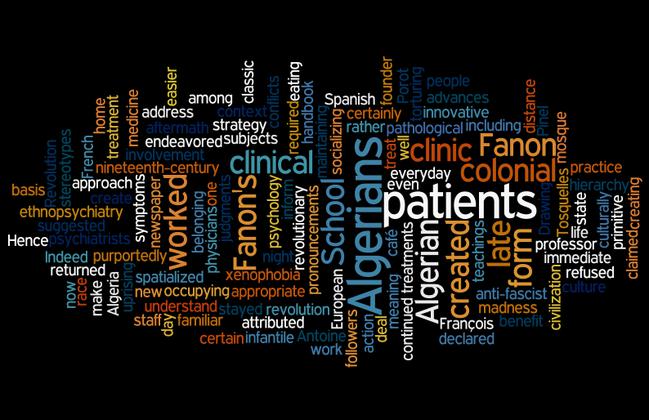 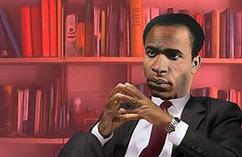 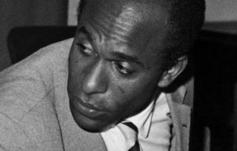 Arguments No. 7
Fanon's Quarrel with the Negritude School of Philosophy
01.22.2022

Argument No. 8
Frantz Fanon's New Humanism and the
Florentine Republic
03.12.2022 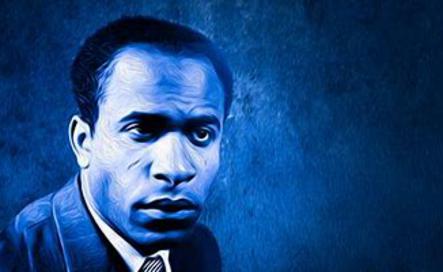 The
Fanon
Arguments
“To educate the masses politically does not mean, cannot mean, making a political speech. What it means is to try, relentlessly and passionately, to teach the masses that everything depends on them..."
NBN’s analyses on Black identity, national belonging, gender,  Black Feminism, Cultural Enlargement and Crisis Theory have congealed as touchstones of our Statement of Principles.’
These works constitute the molecular structure of a distinct Black Nationalist ideological variant. Coupled with Fanon’s works on phenomenology, ontology, ‘New Humanism, and existentialism integrates our ideology with the cosmos of Fanon’s philosophical system.
“Algeria Unveiled, “The Woman of Color and the White Man,” and “The North African Syndrome” became the source documents landing Fanon in the dock for trafficking anti-feminist heresies. For the next fifty years a small detachment of Fanon scholars led by Black Feminists Linda La Rue, Francis Beale, bell hooks, and T. Deneen Sharpley-Whiting and Professor Lewis R. Gordon fought a brilliant rear-guard action to both defend and critique the shortcomings of Fanon's works on women and the liberation movement.
Argument No. 5
Argument No. 9

“ A Quarter to Nation Time" [QNT], was drafted as a framework to clarify, redress, and augment Fanon’s writings on nationalism and nation-building.
Its purpose is to create a matrix that re-directs Black Nationalists in America's settler state, onto a strategic path to create a Black nation-state in the 2020s.
As if by default, a reductionist project emerged. Outfitted with trap doors and enclosures, its design contemplated containing Fanon's growing subversive influence. It was conceded that Fanon voiced the aspirations of the oppressed, who compelled by colonial domination and circumstance, employed violence to secure their independence. When the high tide of anti-colonial struggles receded, it was thought the curse of Fanon would wash out to sea.
08.29.2021
Origins frames the argument for a Fanonian philosophical system and outlines a matrix defining its essential elements. Origins locates the genesis of Fanon's philosophical system in the Afro-Caribbean intellectual tradition. It asserts that Fanon crafted an interlocking assemblage of concepts on existentialism, ontology, ethics, phenomenology, and epistemology that constitute the touchstones of a Fanonian philosophical system
​​A Black Nationalist Critical Reading of Frantz Fanon's Oeuvre
Fanon and the Negritude Question revisits Frantz Fanon’s extended polemic with the Negritude movements' leading intellectuals. In many respects their discourses framed the quintessential philosophical arguments that dominated the African diaspora’s anti-colonial awakening.
From 1949 to 1961, Frantz Fanon crafted a critique of Negritude’s foundational constructs. In doing so, he bequeathed to future generations a cipher more so than a philosophical blueprint that responded to the problematic Césaire put before his friend Léopold Senghor in the 1930s: “Who am I? Who are we? What are we in this white world?”
Fanon's circulating concern was a replacement theory for the post-European colonial world. What then would constitute an alternative social arrangement capable of rupturing with Western imperialism he described as "teetering on the brink of atomic destruction and spiritual disintegration?" How could a new social model avoid the suffocating enclosure of Soviet-style statist socialism and kleptocracy?"
"Let us endeavor to invent a man in full," said Fanon, "something which Europe has been incapable of achieving." The genetic coding of the Fanonian Project was the philosophy of "New Humanism."
​Fanon and the Inversion of Marxist Theory
Coming in March
The Adoption
of Fanonism
as the
Philosophy of
New Black Nationalism
Frantz Fanon did more than slightly stretch Marxism: he cannibalized it, inverted it, reverse engineered it, and recalibrated its theoretical coordinates to the colonial and racial imperatives of the Third World's liberatory sunrise.
Marxism's utility, said Fanon, was constrained--as were most European philosophies--for not taking the "Black life experience" into account.
Unlike Fanon's criticism of Lacan, Freud, Sartre, and Hegel's constructs, Marxism was modernity's first global system theory. It encompassed a totalizing world view of economics, ideology, politics, and philosophy. Thus, Fanon's critique of Marxism, consumed bandwidth across a wide spectrum of issues.
​Frantz Fanon
Josie Fanon
Mireille Fanon