Black Lives Matter Leader in Oxford, U.K Calls for Black Militia & New Political Party
08. 31. 2020
Oxford was a reserved enclave of arrogant Victorian manners and intellectual snobbery associated with the world’s oldest English-speaking university (Founded in 1096).  It was the breeding ground of the British aristocracy--educating Anglo-Saxon patriarchs in the dark arts of imperial plunder, slave trading, and empire building. But no more.
On July 28, Oxford Black Lives Matter movement leader Sasha Johnson led a rally calling for a new political party and the formation of a Black militia. Pitched battles between police and BLM supporters in London, slave trading baron Edward Colston’s statue being toppled and thrown into the Bristol harbor, and Marcus Coutain’s near death experience with Islington police smashed his head into the pavement, formed the backdrop for the specter of revolt visiting the city of gothic spires and medieval architecture.
In mid-June, surging crowds of Black Lives Matter supporters and students of the “Rhodes Must Fall” movement took to Oxford’s streets demanding the removal of Cecil Rhodes statue. Rhodes, a British colonialist “known as South Africa’s “architect of apartheid,” and notorious diamond mining magnate who said Anglo-Saxons are "the first race in the world," had his statue removed in South Africa in 2015. In late June officials at Oriel College in Oxford did the same.
As the U.K's political elites scrambled frantically to reform their ranks in a last line of defense to salvage Winston Churchill's bloody monuments, local BLM activists in Oxford resumed their offensive. At the rally, Sasha Johnson characterized her call for a new political party and Black militia this way,
“Racism thrives on capitalism. They say education, we need a Black militia. I'm not saying it because I want people to fear and think we're coming violent. What we're saying is: you push we push; you fight we fight. Peace is not peace until you recognize our lives, and we're not gonna lay down anymore. I’m not going down on one knee for anybody. I’m always going to stand with ten toes in the ground.”
Sasha Johnson then shouted, “One solution.” BLM supporters at the rally responded “Revolution.” Johnson shouted, “Take it to the streets.” BLM supporters responded, “Fuck the police.” Johnson also said that said "The police [U.K.] are no different from the KKK. They stand around and protect statues and buildings instead of people.”
Johnson went on to say, “We need our own political party, because we have David Lammy, tokenistic. We have Sadiq Khan, tokenistic. We have Priti Patel, tokenistic. We've had so many inquiries. We’ve had the Bradford Inquiry. We’ve had the Windrush Inquiry. We’ve had the McPherson Inquiry. Fuck them. We know their racist. So, get ready to fight them. If they don’t bring peace, we know what’s going to happen."
Finally, Johnson told the crowd “Don’t be afraid to say that you support Palestine. She skewered Cecil Rhodes; whose South African Company seized lands that became the country of Rhodesia (now Zimbabwe). She compared his passage of the 1894 Glen Grey Act in South Africa to the Israel’s taking of Palestinian land and their draconian ‘stop and search’ provisions carried out under the guise of curbing extremism and terrorism. She told supporters to make sure Jews don’t make ways for their opposition to be ‘unheard.’
This radical outbreak in the U.K., and the call for a Black militia in Oxford of all places is surprising, but it shouldn’t be. The political architecture of the Black Lives Matter movement globally in the post-George Floyd protest era is taking a new three-dimensional character.  BLM 2.0 is stretching the counter-carceral movement in diverse directions.
New Black Nationalists call this phenomenon BLM 2.0. or the second iteration. We have established a dedicated page on our site BLM 2.0 as an international forum to exchange and debate ideas about moving forward in this next period. From Australia's Aboriginal First Nation's movement to the Justice for Adama Traore movement in France, the war against the carceral state is raging. There are valuable lessons to learn from each other.
Increasingly, two trends are emerging expressing impatience with traditional BLM peaceful protests. One is the Black militia movement trend: the other is the anarchist-leaning movements among predominantly white youth in the U.S. who are waging asymmetrical or kinetic street warfare against the state.
These movements surging on BLM’s left flank are raising significant questions for BLM central leadership regarding their tactics, strategy, and politics to move the counter-carceral project forward. But then again, one of BLM's signature markers is that they are a highly decentralized project, stressing maximum flexibility and initiative at the local level. Oxford's BLM does not appear to lack initiative.
As we did two weeks ago regarding Bristol becoming the site of the first memorialized BLM fighter in the statue of Jen Reid, New Black Nationalists wish to congratulate BLM in the U.K., and participants in the "Rhodes Must Fall" movement for forcing the removal of Cecil Rhodes’ statue.
To Sasha Johnson, and supporters of her call for a new political party and Black militia, New Black Nationalists here in America’s settler state support you and wish you well. In the future we hope to establish communications with you and exchange ideas.
Should your movement remain ethical, honest, and straight forward with the people, irrespective of the circumstances you may confront, great days lies ahead. We are witnessing the decline and ultimate collapse of American Empire and its cousin, the British Empire.
From across the pond, farewell from the stateless maroons of the New Black Nationalist Movement. 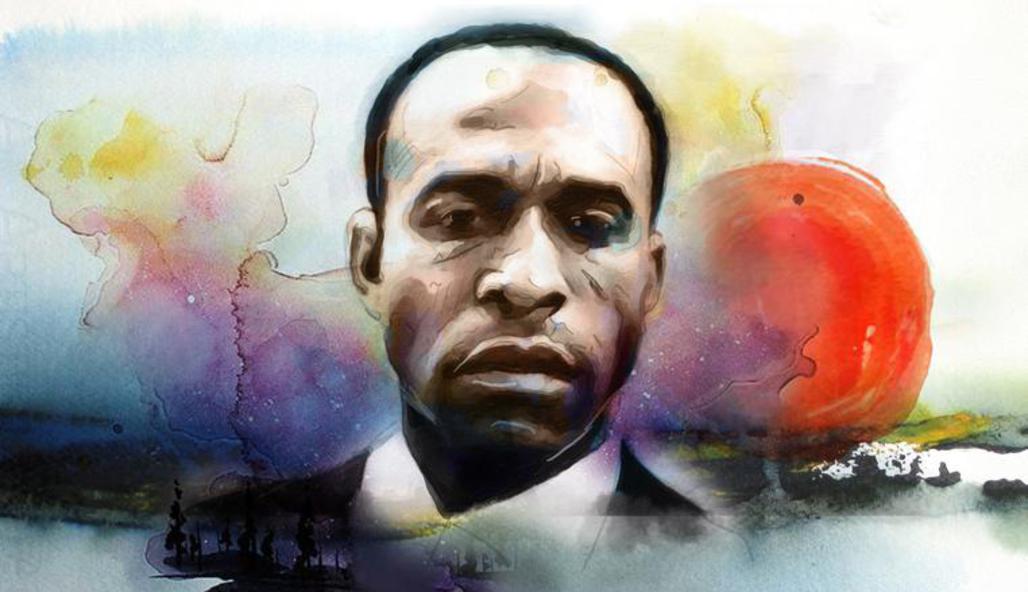