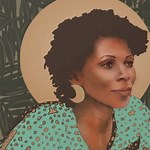 lllll
CS Submission No. 4
Submitter: New Black Nationalist Network
Date: May 15, 2022
(Proposed)
Firearms Ban and Restriction Act
The Vesey Republic's firearm policy bans the most lethal categories was that firearms are dangerous weapons, and the Republic has a duty to protect the public from their misuse.
Accordingly, the Vesey Republic establishes the following policy to possess, purchase, or acquire firearms.
Classes of Firearms: For the purposes of this act, firearms in are divided into three classes:
Prohibited Weapons: It will be is illegal to possess, purchase, or acquire a fully automatic weapons, assault weapons or 'ghost' gun.
Restricted Weapons: It will be illegal to possess, purchase or acquire any handgun, semi-automatic rifle or shotgun without a firearm certificate issued by the civic peace officers.
Firearm Certificates - Permission to possess, purchase or acquire a firearm will only be granted to an individual who is 18 years of age and assessed by local civic peace officers--the licensing authority--as not posing a threat to public safety and having good reason to own the firearm.
Categories of Reasons to Apply for a Firearms Certificate - Applicants should be able to demonstrate to local civic peace officers that they require their firearm on a regular, legitimate basis for work, sport, or leisure (including collections or research). Local civic peace officers are able to exercise discretion over what constitutes a good reason, judging each case on its own merits.
Organizations and Business Application for a Firearms Certificate - All organizations such as target shooting clubs, museums, and firearms dealers must also apply for licenses if they wish to possess or use firearms.
Who can apply for a firearm certificate?
1.) Permission to possess, purchase or acquire a firearm will only be granted to an individual who is assessed by the licensing authority, the police, as not posing a threat to public safety and having good reason to own the firearm.
2.) Persons who are sentenced to a term of imprisonment of three years or more cannot possess a firearm or ammunition (including antique firearms) at any time.
Storage of Firearms - The conditions of a firearm or shotgun certificate stipulate those guns must be stored securely so as to prevent access by an unauthorized person. The manner in which they are stored depends on the individual property and circumstances.
Definitions Of Firearms:
A firearm - A firearm is a lethal barreled weapon from which any shot, bullet or missile can be discharged.
An Automatic Weapon - A weapon that fires automatically and repeatedly while the trigger is held down so long as it still has ammunition.
A Semi-Automatic Weapon - A gun which fires only one bullet at a time but does not require the trigger to be reloaded after firing as the unused cartridges are automatically loaded.
A 'Ghost' Gun - A Ghost Gun is a privately made firearm that lacks a commercially applied serial number.
An Assault Weapon - A military weapon, typically rapid-fire to provide automatic and heavy gunfire.
A Shot Gun - Definition of ‘shot gun’
A “shot gun” is defined as a smooth-bore gun (not being an air gun) which:
a) has a barrel not less than 24 inches in length and does not have any barrel with a bore exceeding 2 inches in diameter. The length of the barrel is measured from the muzzle to the point of ignition (breech face). For a muzzle-loading gun, the point of ignition may be taken as the touch-hole or nipple that is nearest to the breach;
b) either has no magazine or has a non-detachable magazine incapable of holding more than two cartridges Act a gun that has been adapted to have such a magazine only meets this criterion if the magazine bears an approved mark and the adaptation has been certified in writing either by one of the two Proof Houses or by such other person as the Secretary of State has designated, as having been carried out in a manner approved by the Secretary of State
c) is not a revolver gun (that is, a gun containing a series of chambers, which revolve as part of the firing cycle).
A ‘Relevant Component Part’
A ‘relevant component part’ of a lethal barreled or prohibited weapon is a firearm in its own right and is defined in section 57(1D) of the 1968 Act as:
a) a barrel, chamber, or cylinder
b) a frame, body or receiver
c) a breech block, bolt or another mechanism for containing the pressure of discharge at the rear of a chamber, but only where the item is capable of being used as a part of a lethal barreled weapon or a prohibited weapon.
NBN Home
The Vesey Republic
Project of the New Black Nationalist Movement
Contact