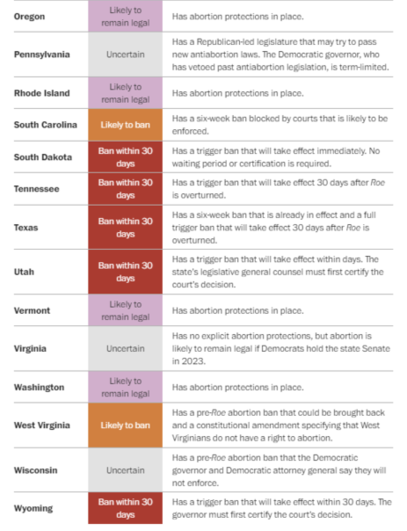 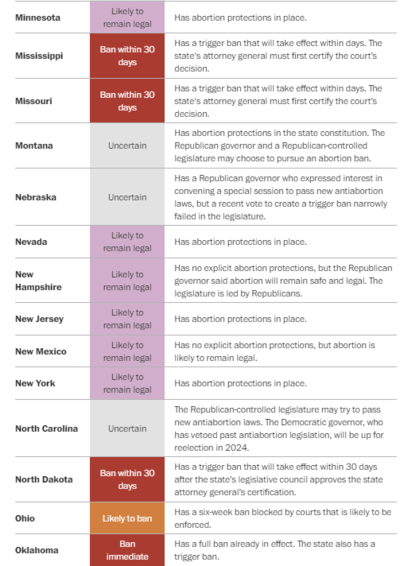 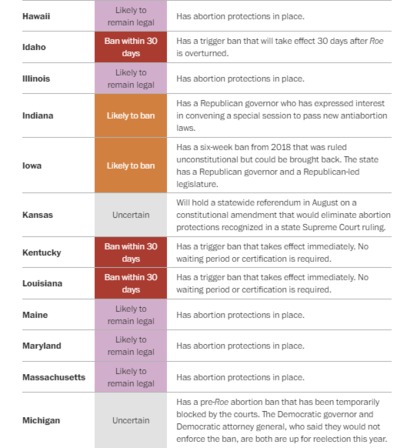 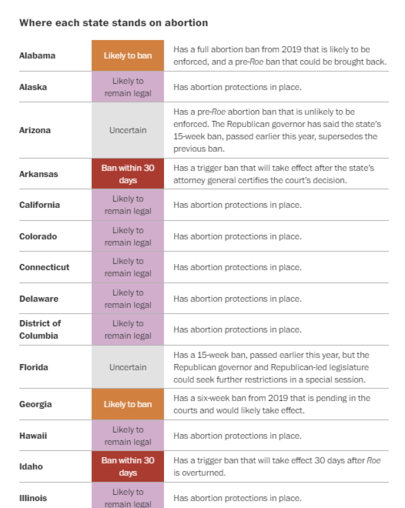 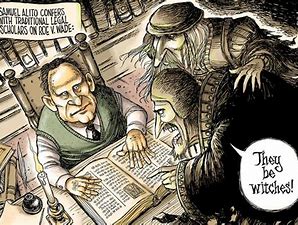 ​DEVILISH PRECEDENT: Justice Alito cites Salem witch trial judge in opinion to overturn Roe v. Wade
5.5.2022
by Ty Ross
​Supreme Court Justice Samuel Alito, the enabler of the two worst SCOTUS evils, dug deep in his decision to overturn Roe v. Wade — 17th century deep. In Alito’s 60-page draft opinion that would end the precedent set by Roe v. Wade to give women reproductive freedom, he cited jurist and marital rape supporter Sir Matthew Hale, who under his jurisdiction also saw two women executed for witchcraft. In the draft opinion, Alito highlights the centuries-long-dead jurist’s position on both rape and witchcraft in defense of his SCOTUS reasoning.
Here’s an example of Sir Matthew Hale’s own outdated and reactionary school of thought in regard to marital rape.
Sir Edward Coke's 17th-century treatise likewise asserted that abortion of a quick child was “murder” if the “childe be born alive” and a “great misprision” if the “childe dieth in her body.” 3 Institutes of the Laws of England 50- 51 (1644). (Misprision” referred to “some heynous offence under the degree of felony.” Id, at 139)
Two treatises by Sir Matthew Hale likewise described abortion of a quick child who died in the womb as a “great crime” and a “great misprision.” See M. Hale, Pleas of the Crown: Or, A Methodical Summary of the Principal Matters Relating to that Subject 53 (1673) (P. R. Glazebrook, ed., 1973); 1 M. Hale, History of Pleas of the Crown 433 (1736) (Hale). And writing near the time of the adoption of four Constitution, Black- stone explained that abortion of a “quick” child was “by the ancient law homicide or manslaughter” (citing Bracton), and at least “a very heinous misdemeanor” (citing Coke)." 1 Blackstone, Commentaries on the Laws of England *129— *130 (7th ed. 1775) (Blackstone). English cases dating all the way back to the 13th century corroborate the treatises’ statements that abortion was a crime.
​Read More